Hudswell Clarke D1171 was built in 1959 for the Port of Bristol Authority, where it was numbered 30 alongside the steam fleet.

After being replaced by the Sentinel diesel locomotives, D1171 was sold to the Western Fuel Co. and based at Wapping Wharf. It was used to shunt the fuel depot sidings and regularly ran trip workings to and from Ashton Meadows sidings. During this time it carried the name ‘Western Pride’. 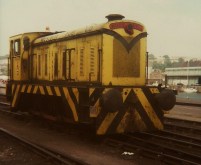 Western Pride on the wharf in 1982 (Courtesy John Law)

In 1983, ‘Western Pride’ sits inside the depot compound. Photo appears thanks to James Hilton – https://paxton-road.blogspot.com/

In 1981, D1171 required heavy repairs and the BHR hired ‘Henbury’ to shunt the yard and haul coal trains for several weeks.

When the fuel depot closed, D1171 was purchased for preservation and taken to MoD Long Marston for storage. Restoration began after many years stored in the open, and more recently the loco has moved to the Whitwell and Reepham Railway in Norfolk.

Thanks to Aaron Browning for the photo of D1171 in the shed at Whitwell. 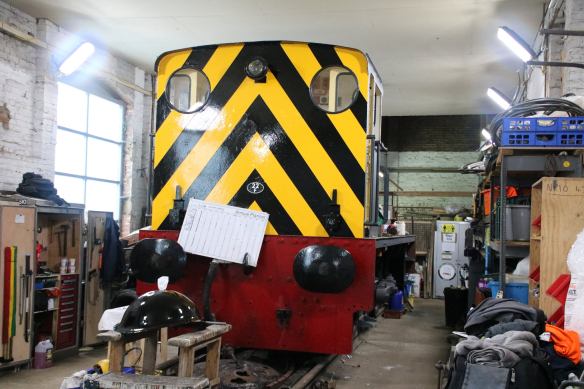