Plenty of action on the dockside. 3 cranes in operation, along with the electric capstan shunting wagons. Actors from Show of Strength Theatre Company in character, loading demos, the Bristol Lorry, Portbury in Steam, and rides on tugboat John King to boot!

AEC Matador Timber Tractor at the entrance to the quayside

Portbury simmering away, visitors could take a look around the cab

Here’s a video of the electric capstan winch shunting demonstration:

Harbour Festival is always busy down at Bristol Docks. I was volunteering on the Sunday (Saturday had seen torrential downpours, we were lucky on Sunday).

A couple of views from 8am before the crowds arrived. 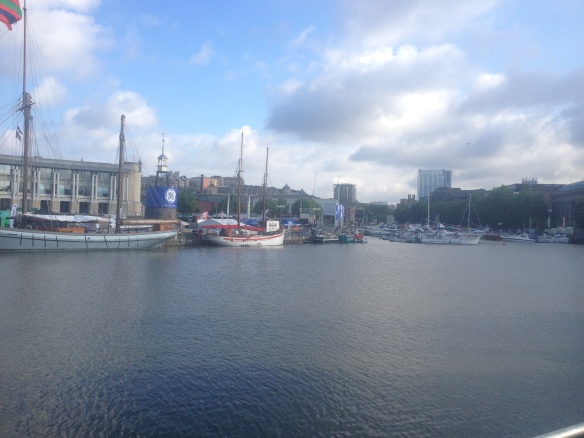 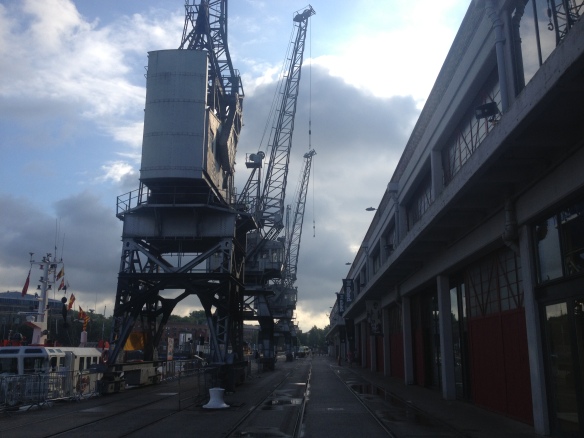 The ever faithful ‘Henbury’ was on duty today.

As steam was raised outside the shed, I was tasked with polishing up some of the brasswork, including climbing up on the saddle tank to do the whistles, safety valve cover and chimney cap.

Then Driver Bob eases her over the pit for oiling. 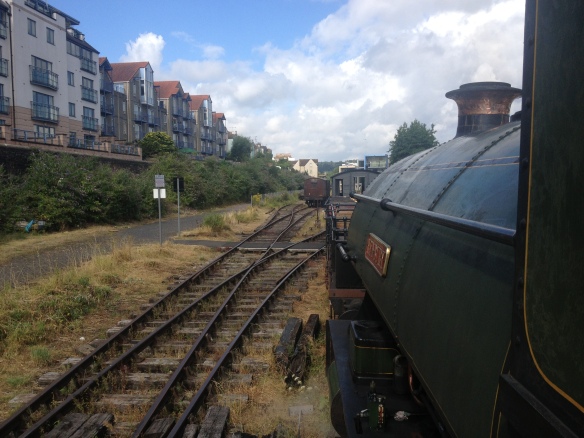 The harbour area was packed full of interesting vessels and activities, and the museum’s own fleet was out in force. 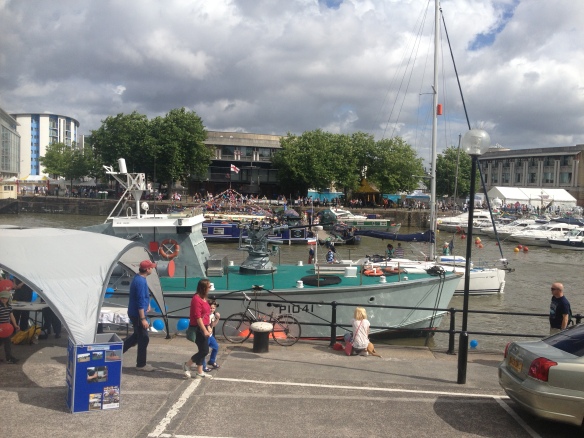 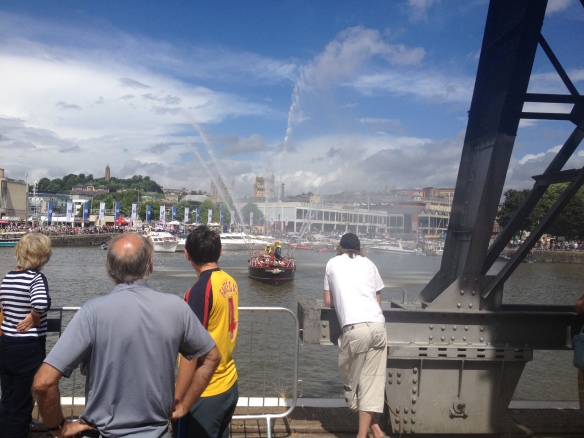 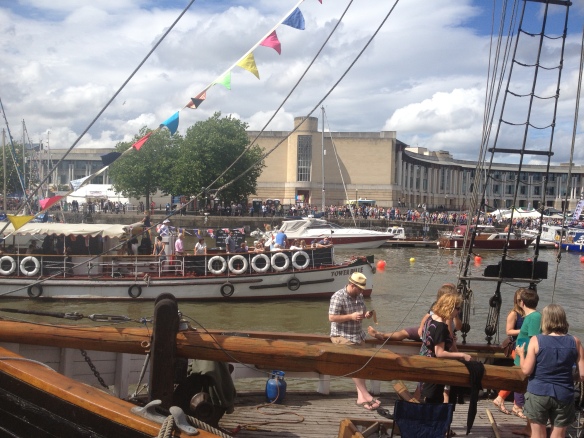 The main challenge of the day was traversing the extremely busy area on the wharf. Trains proceeded along this section at a snail’s pace. Museum volunteers in high-vis made sure members of the public didn’t stray on to the running line. 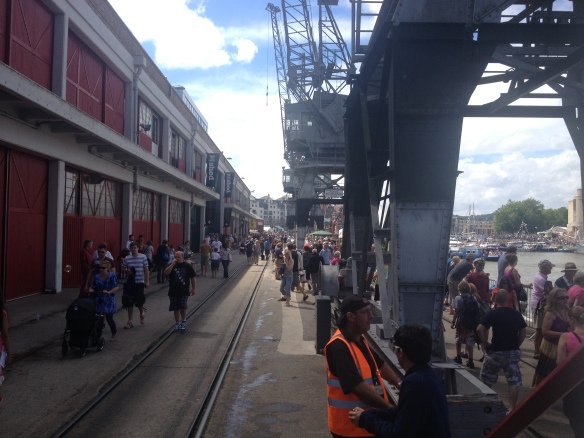 Services were between M Shed and the SS Great Britain halt. The rain did eventually come, thankfully only toward the end of the day.
‘Henbury’s fire was dropped and she backed into the shed after another day’s work. 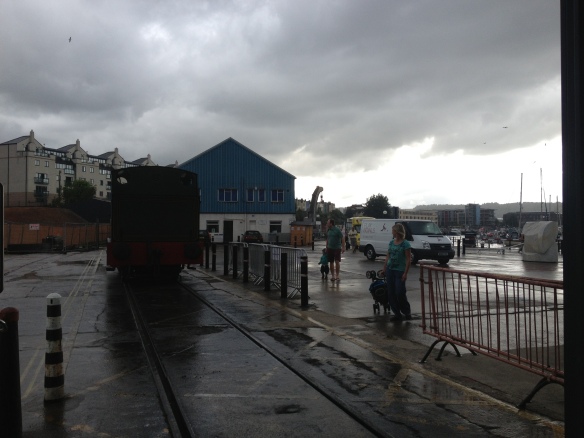 Well, yesterday was my first day of work on the BHR. The main task was to prep the Peckett ‘Henbury’ for the weekends work, among others!

Bristol harbour has a military visitor

I arrived to find Henburys fire lit having been dragged out of the shed.

The wagons covering the pit had to be shunted out of the way before oiling could be completed, once the loco had steam up and I ineffectually tried to clean some grease off the wheels!

Rob dropped the clinker out 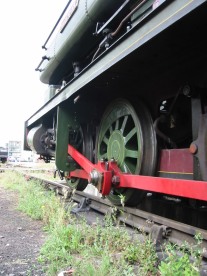 All oiled up and ready to go, Rob collected the coal wagon from the middle siding and brought it back to the crossing where coal was loaded into the excavator bucket 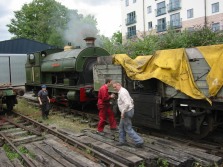 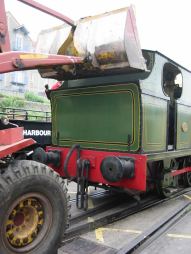 Then a short jaunt down to the end of the line (By Ashton Swing Bridge) to collect the flat wagon of sleepers Rob and David had sorted previously in the week. 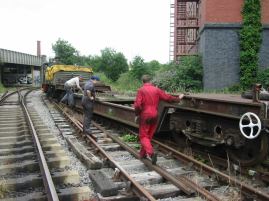 Before bringing the lot back to the yard and stashing them in the middle siding.

Henbury dragged her stablemate out of the shed to drain the water and remove a pipe. 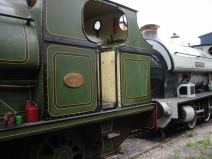 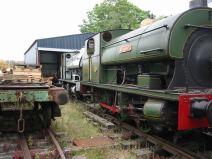 Then I had to run off to the office! But a very enjoyable day, thanks to David, Rob, Philippa and Rodney (For the loan of boots!)