This fantastic shot was taken by Flickr User Captain Tower, who has given permission for its use here.

It shows all three Pecketts in action (Well, nearly – Henbury was on static display) at the recent 30742 charters event.

In addition to the Father’s Day Steam Up, the opportunity was taken to run a photo charter, organised by 30742 Charters and featuring ‘Teddy’ and ‘Kilmersdon’ in action, as well as ‘Henbury’ on static display.

Will Stratford was there to capture the occasion in these great photos. 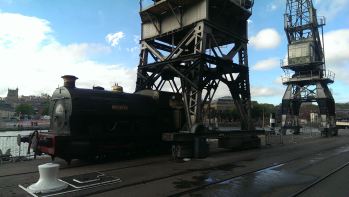 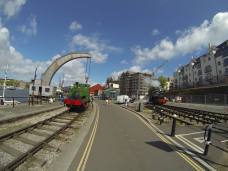 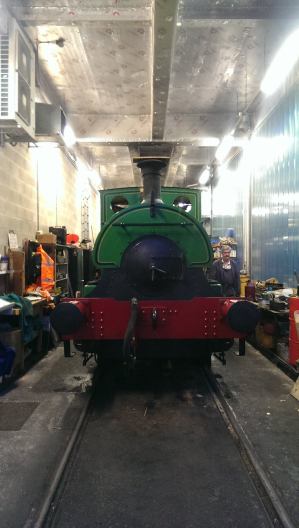 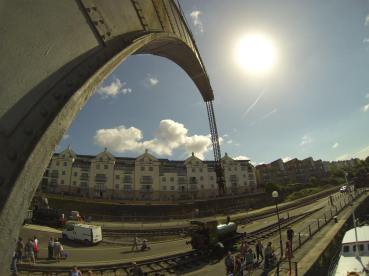 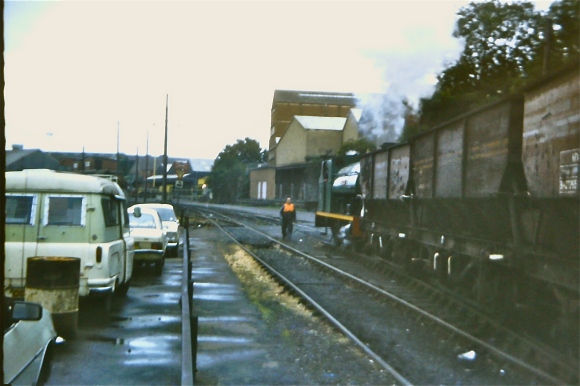 At the Foxfield Railway’s 2008 gala, Portbury paid a visit and was given the chance to attack the famous 1-in-19 to 1-in-26 Foxfield Bank, the climb away from Foxfield Colliery itself.

Part 2, Portbury ascends the gradient again at around 5.20:

Plenty of action on the dockside. 3 cranes in operation, along with the electric capstan shunting wagons. Actors from Show of Strength Theatre Company in character, loading demos, the Bristol Lorry, Portbury in Steam, and rides on tugboat John King to boot!

AEC Matador Timber Tractor at the entrance to the quayside

Portbury simmering away, visitors could take a look around the cab

Here’s a video of the electric capstan winch shunting demonstration:

In this photo found on the Bristol Railway Archive, ‘Henbury’ complete with full yellow end and bufferbeam, meets ‘Western Pride’ on Whapping wharf circa 1981.
The diesel loco is standing on what is now the long siding in the yard. This photo also illustrates the industrial backdrop of the early days of the Harbour Railway, quite a contrast to the contemporary view.

Today’s Throwback Thursday post – back in September 1997, ‘USA’ tank 30075 (Built in 1960 in Yugoslavia to a WW2 design) ran some photo charters.
Ian Silvester took this video, and has given permission for it to be reproduced here.