RMweb user Kevin aka Rivercider has tracked down some photos of the then-closed Ashton Gate Station site, with Ashton Meadows sidings on the BHR in the background.

This one is from flickr user emmdee and shows an 08 shunting the yard.

Flickr user Blue_Pelican_railway uploaded this one dated 1977, showing that the warehouse on the right has now had its rail connection severed. Nature is starting to take hold of the platforms. 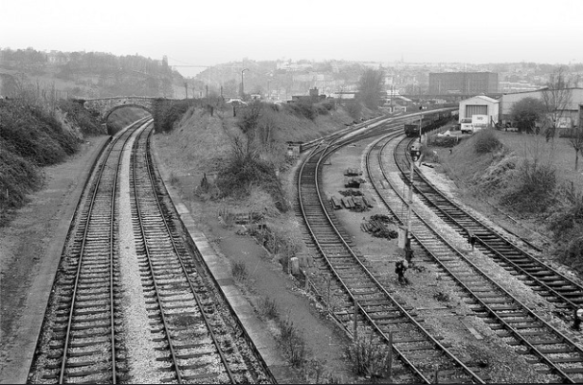 Blue_Pelican_railway also uploaded this shot from May 1984 with a Billy Graham train in the foreground, and a BR Class 37 in the yard. The engineers depot was still in use at this time. The growth of surrounding foliage in the intervening years is evident.

This Saturday and Sunday are the last two days of operation on the BHR for the 2014 season, and possibly the last services to travel to Butterfly Junction in its present form before the remodelling in anticipation of the Metrobus route construction.

Come down and take a ride! 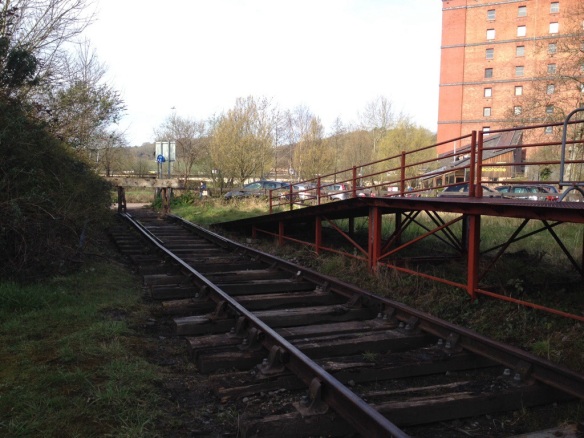 The single line is now relaid at Butterfly Junction for retaining access to the Smeaton Road shed.

Meanwhile, the Barn Yard takes shape. Both shed roads are nearly laid, as well as the line running around the back of the shed.

The track gangs (Usually a team of no more than 6 people) have been extremely busy in modifying the layout at Butterfly Junction.

This was the view today – the line through the station has been lifted, as has the loop, and the sleepers from the Ashton Meadows Spur have been recovered.

Perhaps aptly, the station information board is rather lopsided.

In the shadow of the tobacco bond warehouses, the crane lifts the last few remaining rails from the station area. 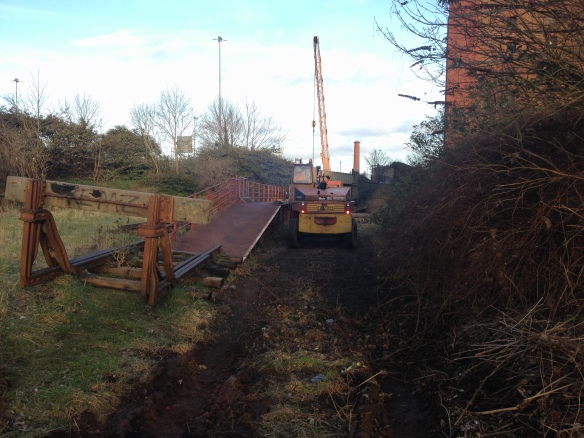 Just around the corner, the new shed and yard is taking shape. Compare these photos to those taken in January, another set of points has been laid on the approach to the Barn, which is already half assembled. 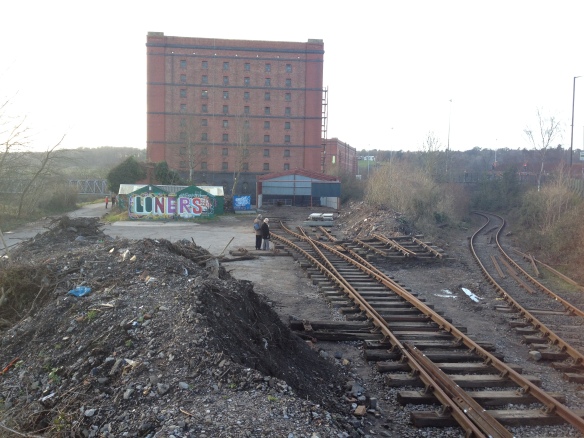 Back in 1996, ex-GWR pannier tank 1369 (Now based at the South Devon Railway) paid a visit to Bristol Harbour.
The Weymouth Docks shunter, last survivor of the 1366 class, was reminiscent of panniers formerly used on the harbour lines.

Here are a collection of photos from the visit. All photographs are copyright of their respective owners, a huge thank you goes out for allowing them to be reproduced here.

The charter featured Ashton Avenue Swing Bridge, still available for use at the time. The area behind the loco is the current site of Butterfly Junction Halt. In 1996 there was a run-around loop in place at Ashton Meadows.
The swing bridge’s deteriorating condition meant that it was taken out of use in the late 1990s, and the track on the South side of the New Cut was lifted to make way for new housing (The houses do not occupy the permanent way, but the trackbed was used for site offices and vehicle parking during construction).