The Bristol Harbour Railway is 40 years old this year!

In 1978 a group of keen and like minded people began operating steam train rides on Bristol’s harbourside. They had one working locomotive and an ex-GW brake van.

Since then, the van has given thousands of passengers rides up and down the line. It is essential to the running of the railway, becoming the leading end of the train when being propelled, and the large veranda gives a good field of vision for the guard.

Over the winter of 2017-2018, the van has been taken into the shed and been given a makeover. Rotten wood has been repaired, the whole vehicle has been sanded down and repainted, and it now sports a ‘Bristol’ allocation.

It looks very smart and is a credit to the volunteers and employees at M Shed.

I am trying to find out more information on the history of this brake van before it came to the BHR. If anyone does know of its past life, please do leave a comment below.

After a particularly cold and wet summer, the weather has taken a turn for the better, giving us some glorious days and incredible sunsets.

Here’s a (bad camera phone quality) snap I took of the golden sunset glimpsed beneath the Cumberland Road bridge.

Up North, Portbury has been kept busy at Beamish. In this photo reproduced from the Beamish Museum facebook page, she is seen in the company of WW1-era Gordon Highlanders re-enactors at the Agricultural Show event. 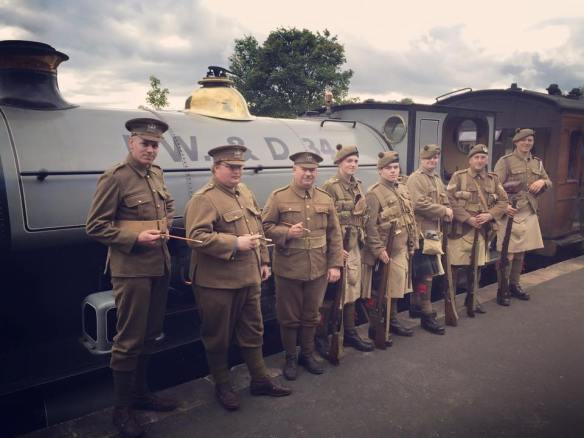 Back in Bristol, there have been multiple engineering projects in the railway’s environs. The Metrobus development has cleared a large area of land at Butterfly Junction and Ashton Meadows, and new drainage has been installed. 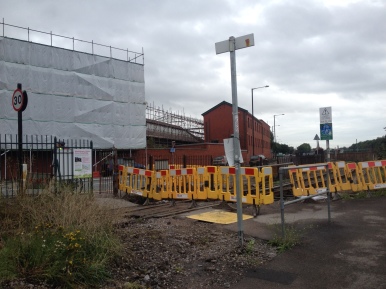 One of the most conspicuous developments has been the ongoing repair work to Prince Street Bridge. This is adjacent to the platform at M Shed and has involved the construction of a large temporary bridge. The girders on the swing bridge are corroded and need replacing, so it will be closed to all traffic for 6 months.

Also pictured is Kaskelot, a Bristol-based ship, taking the usual mooring point of Balmoral while the latter was at sea.

The phrase ‘ship shape and Bristol fashion’ refers to the high tidal reach of the River Avon in Bristol, where ships would have to be strong to withstand being on the riverbed every 4 hours.
During the harsh tides this spring, the banks of the New Cut between Vauxhall Bridge and the Create Centre sagged a bit, requiring this section to be closed while repairs were carried out.

This photo shows the ‘sag’ in the track.

The rails in this section were duly lifted, and the sleepers repositioned to form a ramp for construction equipment to get in. 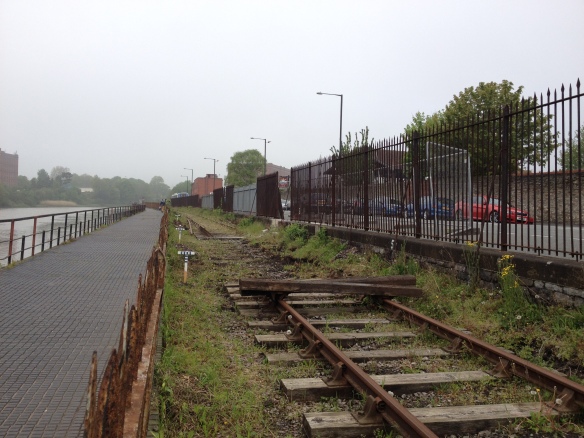 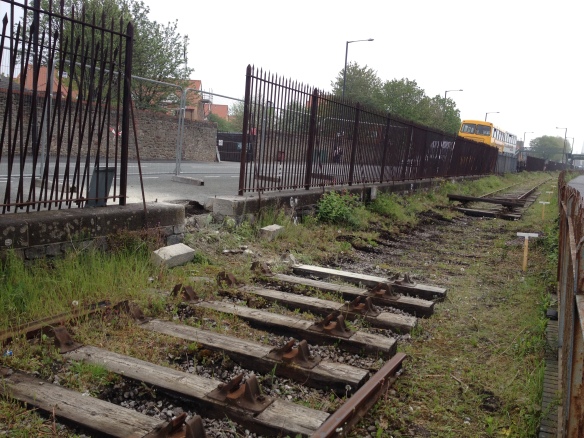 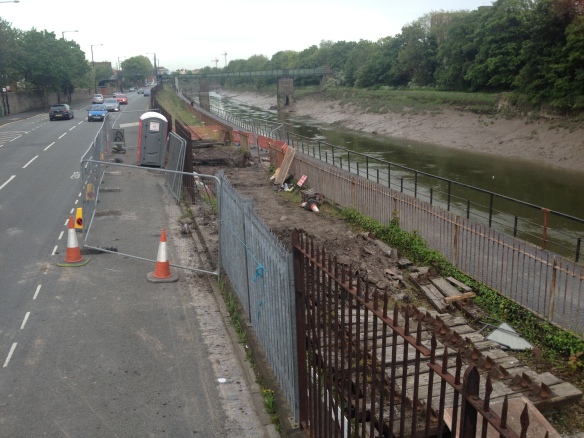 Within two weeks the operation was completed, allowing ‘Henbury’ to propel the first passenger trains across the repaired section. A speed limit of 5mph is currently in place here. 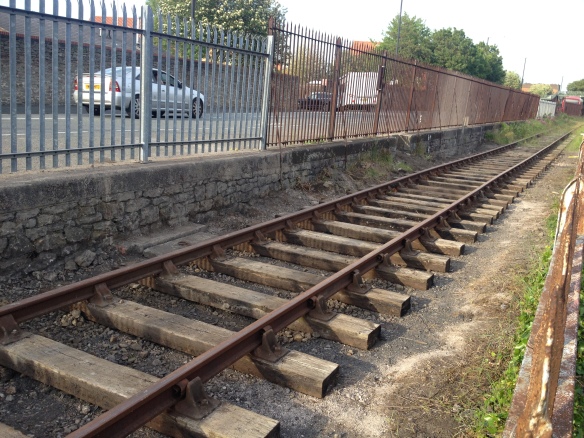 Avonside No. 1764 ‘Portbury’ was built in 1917 for the war effort, destined to work at the Portbury shipyards. The end of the war in 1918 meant the shipyard never actually built a vessel.
She eventually moved into the fleet of shunters based in Avonmouth and worked there until replaced by diesels.

Here are a few photos from across the internet of her life in preservation.

In the early 1970s, all three of the BHR’s steam locomotives were to be found at Radstock station in Somerset. This was part of a preservation effort to save and operate a section of the Somerset and Dorset Railway.

Here she is outside the shed, looking rather forlorn.

Unfortunately, the project at Radstock was unsuccessful and the Somerset and Dorset Railway Heritage Trust relocated to Washford on the West Somerset Railway.
‘Henbury’, ‘Portbury’ and No. 242 found their way to the Bristol Harbour Railway, opened in 1978.

‘Portbury’s restoration was completed in Bristol and she was in brought into operation on the BHR.
Here she is in lined blue livery back in 1992. 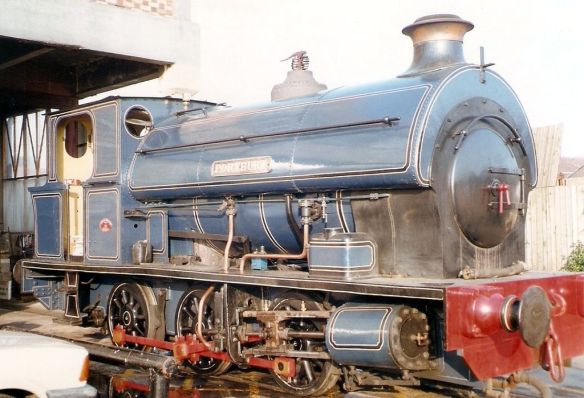 After another overhaul, she emerged in 2001 in a livery akin to the one she first wore, the initials ‘I W & D’ stand for ‘Inland Waterways and Docks’.

Now, in 2013, this livery has been adapted to more accurately represent her 1917 condition – note the lack of nameplate (She was not named ‘Portbury’ until her time at Avonmouth Docks) and the black wheels.